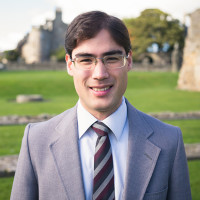 Kai lives in Tokyo and is an instructor for Japan Bible Academy. Seeing the need in Japan for church-centered discipleship and for training men for pastoral ministry and rigorous study of Scripture, he prepared for teaching while earning his MDiv (2011) and ThM (2012) at The Master’s Seminary, and his PhD in New Testament (2017) at the University of St Andrews. During seminary, Kai led the Japanese Outreach ministry of Grace Community Church. Since 2013, he has worked to establish the Japan Bible Academy alongside TMS graduates Daisuke Okada, Laney Stroup, and Raymond Kwan. Japan Bible Academy offers lay-level and pastoral training through partnering with local churches throughout Japan.